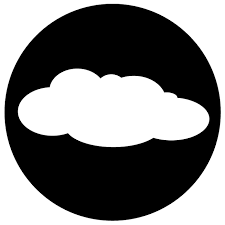 Jeff & Buttons have sold out, or at least they’re trying to! What are two clowns supposed to do in a gig economy? In this show, Jeff & Buttons are forced to work a side hustle of knock knock jokes, but of course their real passion is being two idiots on a stage. Come see them as they work through their money issues! 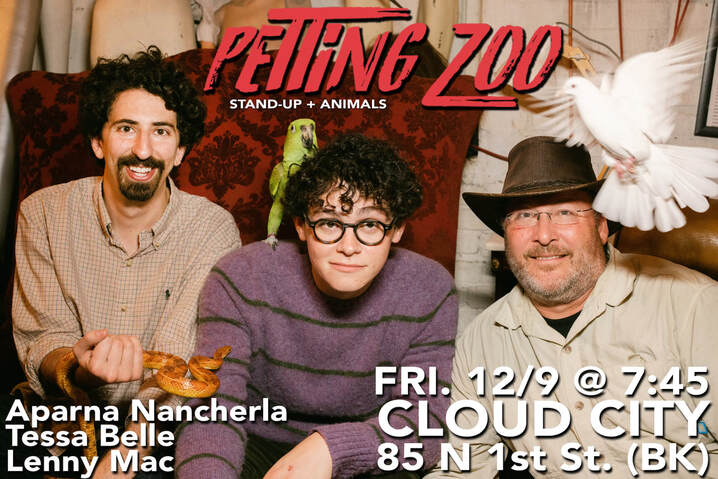 Welcome to the Petting Zoo. This is the world’s only comedy show featuring live exotic animals. New York’s top comics have to perform while holding snakes, birds, lizards, bugs, and other cool creatures. Between sets, you can interact up-close with the animals and learn from Ranger Eric Powers and his team of professional nature guides. We promise you haven’t been to a show like this before. 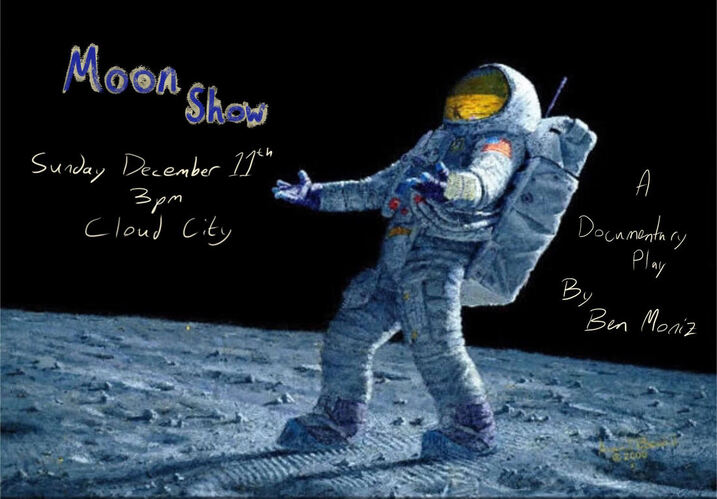 A staged reading of a documentary theater piece.

On December 11th, Artemis I will return to Earth on the 50th Anniversary of the final Apollo Moon landing. Why did we go to the Moon back then and why are we going back now? Why do we blow up so many folks in wars on our own planet? Who do we go to the moon and blow things up for? Pilot and Performance Artist Ben Moniz explores these questions and more via his childhood obsession with the Project Apollo and the tropes of 90s Educational TV.

AND COMING RIGHT AFTER THAT!

Erika MacDonald went to the Emergency Room because of a movie she saw. Now she's obsessed with Falling-Down Barns.
Through storytelling, music, and inventive design, this theatrical essay explores the usefulness of beauty in one's life as the performer looks back at her first recognized encounter with her own mental illness.