Okay really we're only turning 7, which is still a big deal (Cloud City has been around longer than Dead Herring was!). But the building itself was built in 1920, so we are having a Centennial Celebration, and all are invited! It's a 1920s costume party so please dress accordingly. BYOB but we will probably also have punch and snacks. Woohoo!!! 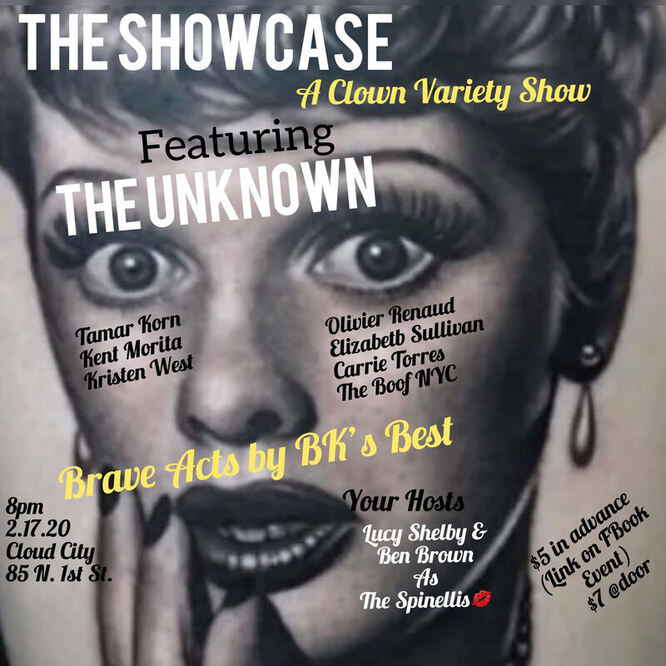 THE SHOWCASE: FEATURING THE UNKNOWN
A Clown Variety Show!